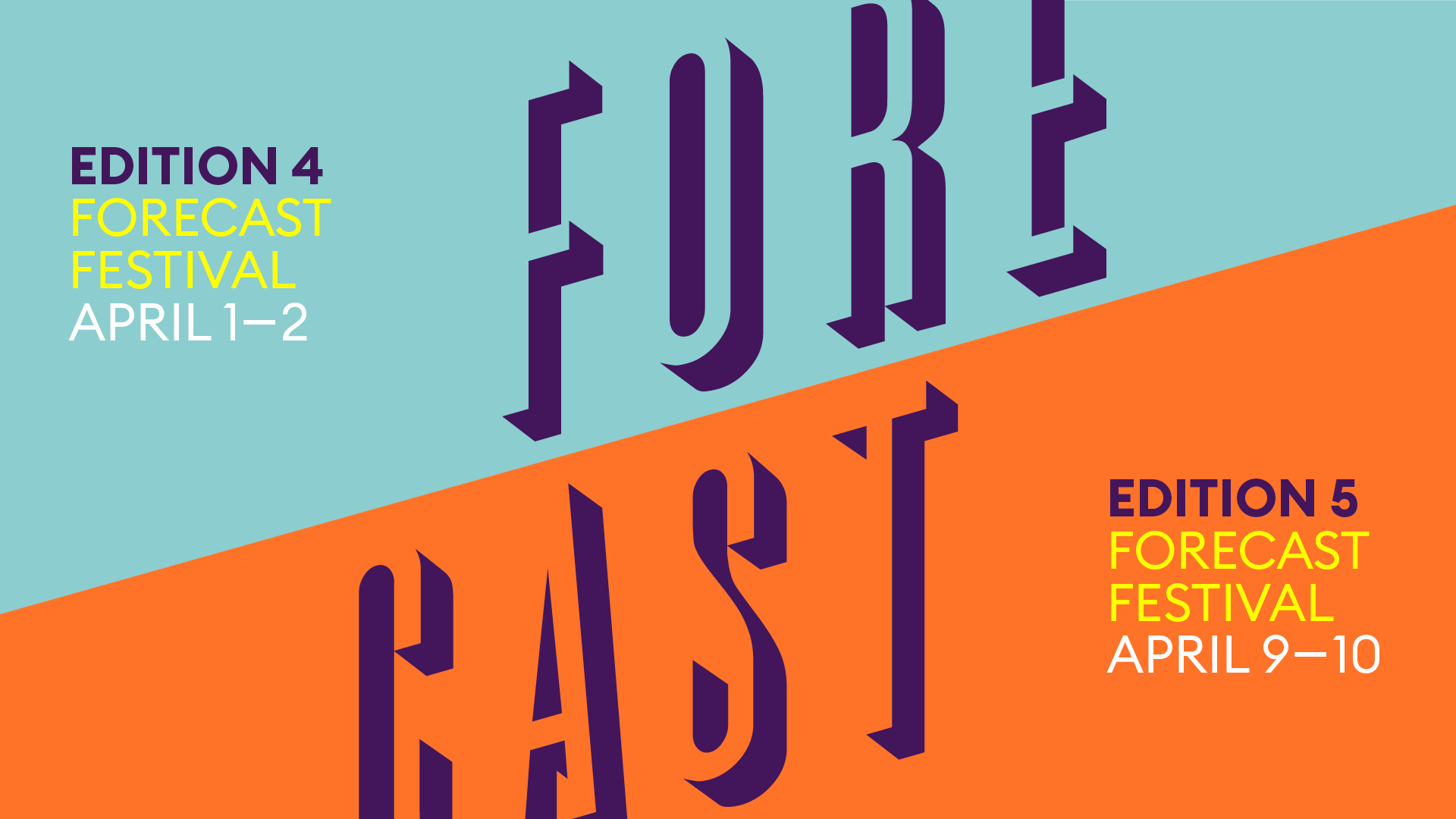 The mentees of the fourth and fifth editions of Forecast will unveil their productions at the Forecast Festivals, which take place as hybrid events staged at radialsystem and streamed online. Following the postponement of the fourth edition’s closing event by a year due to the pandemic, both editions will celebrate their culmination in two consecutive events.

The twelve artists and thinkers of both festivals will bring their projects to life in concerts, performances, installations, and conversations with leading figures in their fields, including Ibrahim Mahama, Roc Jiménez de Cisneros, Fran Edgerley (Assemble), Blanca de la Torre, and Irini Papadimitriou, to name a few. The events will be moderated by Kimberly Bradley and Soraya Sarhaddi Nelson.

PostRational
Cyber-Waste
London-based fictional consultancy PostRational presents a digital exhibition that shines a light on waste streams of the so-called digital world. The exhibition challenges the viewer to engage with the often invisible yet substantial waste effects, both environmental and social, brought about by digital technology and its infrastructures.
Mentor: Evgeny Morozov
In conversation with curator Irini Papadimitriou, creative director, Future Everything

Jonathan Reus
Celestial Fruit on Earthly Ground
The ongoing and interactive artwork focuses on the five-string banjo, a historically complex musical instrument that can be thought of as a map of material-embodied cultures, packed with the stories and ideas of people; their migrations and exchanges. It’s conceived as a living tapestry of visual and sonic traces gathered through artistic collaborations and micro-commissions. Besides the interactive experience, the work also operates as a method and engine for driving future collaborations at the meeting points of musical instruments, technology, and tradition.
Mentor: Du Yun
In conversation with artist Ibrahim Mahama

Ozoz Sokoh
Coast to Coast: From West Africa to the World
In her intersectional culinary practice, Sokoh writes, cooks, and researches Nigerian and West African cuisine, tracing the geography and legacy of its traditions, techniques, and ingredients through the transatlantic slave trade across Latin America, the Caribbean, American South, and Europe. In two short films created in collaboration with Tolu Agbelusi, she delves into the varied politics of food expressed in past and present colonial constructs by focusing on four West African ingredients: rice, black-eyed beans, palm oil, and okro.
Mentor: Koyo Kouoh
In conversation with Keisha-Khan Y. Perry, Associate Professor of Africana Studies, Brown University

Andrea Nones-Kobiakov
Whatever that Ground May Be
The project radically reimagines urban farming by delving into the essence of food as memory, arguing that ingredients are capable of carrying layers of past lives and pieces of places. Nones-Kobiakov explores our relationship with our surroundings through food with this new type of memory-based urban farm while focusing on family recipes and associations attached to certain smells and tastes.
Mentor: Manu Buffara
In conversation with curator Eva Posas

Adéola Ọlágúnjú
Born Throw Way!
The mixed-media installation explores a community of loosely organized street gangs of young men in Lagos, Nigeria, known as Area Boys. Ọlágúnjú has created a body of photographic work over months of engaging with the community and gaining the Area Boys’ trust. The work will also include sound and textual elements to channel the unique and expressive linguistic inventions thought up by the Area Boys in their communication.
Mentor: Tobias Zielony
In conversation with journalist, poet, and filmmaker Wana Udobang

Only Game in Town
LD50: The Vorkoster
The mysterious company LD50 has been running a year-long experiment which could save humanity from the perils of overpopulation. In this experiment, three volunteers were shrunk to the size of a pill and swallowed by a living human being: the Vorkoster. Since then, LD50 has been observing the development of the group in the unwelcoming environment of the human digestive system.
A durational performance with Janet Rothe, Florian Loycke, and Rasmus Slätis.
Mentor: Markus Öhrn

Renée Akitelek Mboya
A Glossary of Words My Mother Never Taught Me
In her video installation, the writer, curator and filmmaker Mboya appropriates film and graphics from the colonial era in an attempt to trace a racist genealogy of image production and display.
Mentor: Candice Breitz
In conversation with political scientist Luke Melchiorre, Universidad de los Andes

Caty Enders
The Forever Show, Episode II: HOME SWEET HOME
To be broadcast as a narrative podcast and a series of audio installations, the first season of The Forever Show pulls back the curtain on a growing movement in the United States to prolong life, defeat aging, and, ultimately, outwit death. Episode II explores the construction of a digital avatar as a means of transcending our mortal coil. Set to original score by Sara Bigdeli Shamloo.
Mentor: Joe Richman
In conversation with author Adam Alter, professor of marketing, New York University’s Stern School of Business

Sue Montoya
Change Atlas
In the investigative mixed-media installation, the artist examines the impacts of climate change on Miami-Dade County. She explores the network of financial, political, and social impact that rising sea levels have on Miami’s ecologies, economies, and communities.
Mentor: Paolo Cirio
In conversation with curator Blanca de la Torre

Olli Aarni
Sija
Melding field recordings, electronic sound, traditional Finnish percussion instruments, and the kantele—a Finnish box zither—the musician created a meandering sound environment that conveys a notion of the mundane specific to this turbulent moment in time, when the digital realm is increasingly shaping the everyday in all contexts of culture.
Mentor: Okkyung Lee
In conversation with artist and musician Roc Jiménez de Cisneros