Forecast is pleased to announce the participants in this year’s edition of the Forecast Forum.

While each of the six mentors made individual decisions, the 18 selected projects share certain commonalities: all of them imply critical approaches that question and challenge political and personal realities, and they all stem from creative thinkers who implicate themselves in the work, as activists or documentarians.

The six distinguished mentors have selected 18 projects out of nearly 600 applications from 100 countries. Each of the mentors of Forecast’s fourth edition has chosen three projects to accompany in the upcoming weeks, and experience closely during the week of the Forecast Forum, taking place at radialsystem in Berlin, July 1–7, 2019.

The Forecast Forum culminates in a weekend of presentations. At the Forum’s conclusion, each mentor will select a single project that he or she will advise closely over the following nine months. The outcome of the mentorships will be presented at the Forecast Festival, taking place at the radialsystem March 30–April 5, 2020. 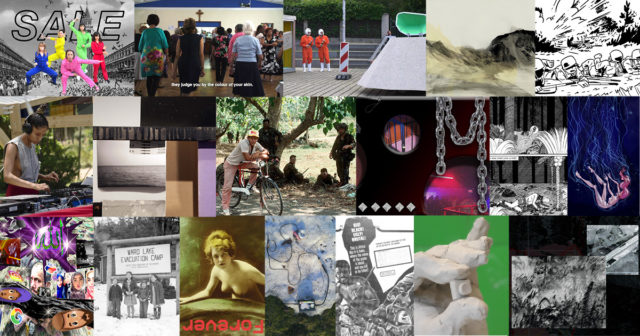 The candidates in each category and their mentors 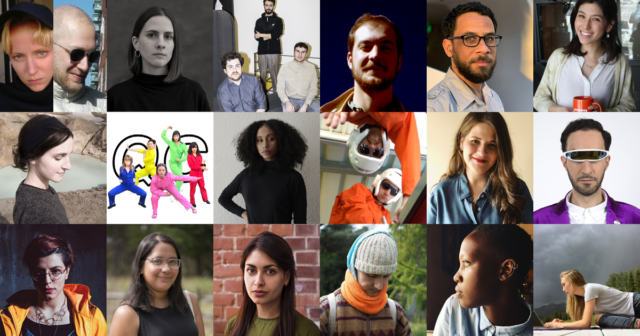 Visual anthropologist Ellen Lapper researches the Anglo-Indian community in South London. The group, to which her grandparents belong, describes people of mixed descent hailing from the Indian subcontinent during British colonial rule. Many left India after independence, as their affiliation to Britain was stronger. Lapper will now shift her focus to those who decided to stay, and create a visual ethnography of the Anglo-Indian community in India.

Curator and filmmaker Renée Akitelek Mboya will revisit the 1966 Italian film Africa Addio, and re-edit it into a 20-minute version that seeks to turn its treatment and representation of the continent and its peoples on its head. Made in the “Mondo” genre—the “ugly bastard child of the documentary and the peepshow”—the original film uses images of rampant violence to present a narrative of post-independence Africa that bemoans the end of colonialism and speaks with nostalgia for the loss of “Old Africa.”

In Disco Islam, Muslim entrepreneur and Islamic Futurist Bijan Moosavi will investigate the impact of the expansion of neoliberalism in Iran through the prism of club culture. Disco Islam will explore the evolutionary processes of techno-capitalism, mapped onto the space-time relations of an Iranian nightclub from the future, in order to address issues related to the manufacturing of an Iranian “capitalist realism,” the Middle Eastern patriarchy, commodification of Islam, and Iran’s environmental time bomb.

Indigenous Mapuche communities, mobilized for the recovery of their lands, have been treated as terrorists by the Chilean state in the last decades. Josefina Buschmann’s Operational Atmospheres is a media project that traces the aerial and spectral police operations used to surveil and target Mapuche communities in the south of Chile, focusing on two recent cases: the killing of Camilo Catrillanca, and the case known as Operation Hurricane, in which police manipulated evidence.

Frontex is the governing agency responsible for the management of border control in the Schengen Area. In the work Moving Membranes, the artist duo Confusion of Tongues studies and analyzes the “artistic” photography submitted by Frontex staff for the agency’s annual photo competition. By exploring the competition entries’ relation to the broad range of analytical imagery produced by the agency as a whole, the duo questions whether aesthetic values play a role in the contemporary performance of automated Schengen Area border control.

Sue Montoya’s artistic research draws on architecture, feminism, ecology, and labor—both physical and emotional—as a way to investigate the production of space from an individual and collective point of view. She proposes an investigative multimedia installation that explores how systems of power exploit climate change effects in spaces like Miami-Dade County through a mashup of climate fiction and social documentary.

Olli Aarni proposes a composition that conveys a notion of the mundane that is specific to his Finnish culture. Melding field recordings, found objects, the traditional Finnish instrument kantele, and electronic feedback, his aim is not to try to elevate the sense of the everyday to something grander, but rather to dig deeper into the mundane to offer a glimpse of how it feels to be alive in this specific time, space, and cultural context.

Sara Bigdeli Shamloo’s solo debut is a multidisciplinary project that addresses her experience with death after losing two of her brothers. It relates themes concerned with the body, in-animation, autopsy, nature, miscommunication, and dysfunction. The project encompasses a musical composition, monologues, projections, and a kinetic machine that will be part of her live act. Each component is also meant to be released separately—as a poetry book, a collection of illustrations and videos, and an album. These elements come together through a live performance.

Dani Kyengo O’Neill’s proposal centers on a live installation using sound and performance that invites individuals to explore how listening faculties are socially conditioned and increasingly homogenized by technology. She will look at play and storytelling through notions of shame, memory, pleasure, trauma, loss, and the post-internet society, and examine how these impact the way we experience and consume sound.

In his graphic novel Grave Wounds, Jonas Madden-Connor intends to create a pulpy vampire tale that also deals with race relations and the search for an artistic voice. Set in World War II, the story’s protagonist is an African-American GI whose entire squad is killed in battle. He is brought to a nearby castle to recover, along with the other survivor, a German soldier. When the two discover that their hostess is a vampire, they must work together to escape.

Mónica Naranjo Uribe’s proposed publication will look at scientific thought from an emotional perspective by creating a visually-driven narrative based on scientific texts. Uribe argues that there’s a great poetic potential inherent in scientific descriptions, in particular in the field of geology. By giving such texts a visual translation, she seeks to create new metaphors for understanding the world around us.

Eugène Riousse’s comics book Banana Split takes place on a desert island, where a community of half-human, half-fruit creatures live in peace with the island’s inhabitants. The sudden death of their leader, however, disturbs their status among the rest of the island’s population, who become hostile. Led by Colette, the leader’s daughter, the mid-fruits plan their exodus. The novel alternates between drawing styles to distinguish between the plot and the characters’ inner worlds.

We’ve never been closer to achieving immortality. Thanks to recent medical breakthroughs, we seem on the brink of cracking the code of aging. At the same time, U.S. life expectancy actually declined in 2018, with the average American facing record levels of chronic disease, suicide and addiction. In a multichannel audio installation, journalist Caty Enders delves into the latest in biomedical research and explores where our various backdoors out of death might lead.

During World War II, two groups of people were forcibly relocated by the American government. The story of one of those groups—the Japanese Americans—has been widely told. That of the Alaskan Natives, however, has been largely overlooked. In 1942, the United States government claimed nine Aleutian villages for strategic use, and distributed Alaska Natives to five abandoned canneries. By the end of their internment, about ten percent of the population had perished. Caroline Lester will examine the twin stories of internment, and why they diverged, through an audio documentary and an interactive website.

It’s been 30 years since the United States invaded Panama, on December 20, 1989, to capture dictator Manuel Antonio Noriega. In her podcast series, Melissa Pinel collects personal stories and archival material that shed light on the devastating violence that took place during the two weeks it took to capture him. They are, for example, the stories of the veterans who fought to catch the dictator of a foreign country; the bereaved families of those who died and whose bodies rest in unknown places; the citizens who lost everything when fires consumed their houses; the ones who took advantage of the chaos; and the voice of the civic resistance.

Peter Behrbohm and Anton Steenbock’s project asks: Why is it easier for us to imagine the end of the world than the end of capitalism? The two propose an app, developed by a fictitious startup, that takes the sharing economy to its ultimate conclusion, rendering any form of possession prohibited, and thus making everything free. Could consumerist individualism flip into utopian communism? Would total availability cause reduction instead of growth? Could karma credits replace money? These are some of the questions they seek to explore with a futuristic business model that clandestinely tries to save the world.

The trio Parasite 2.0 argues that it’s time to rethink how we envision the human habitat and with it, the forms of social relationship that spatial organization generates. They suggest an alternative spatial experience that breaks with architectural norms, basing their research on adult “playgrounds” such as the club, the squat, and sex-related environments, like swinger clubs and darkrooms. Applying design elements found there, they seek to create a pedagogical playground for adults and experiment with new forms of interactions.

Questions Collective’s interactive installation The Auction of Venice is a science-fiction piece proposing the end of the accounting paradigm. Ever since the invention of balanced bookkeeping, life and the world have been categorized as divisions of credit and debit moving towards equilibrium. But you cannot balance an ocean with a dolphin orphanage. And now, Venice—the birthplace of balanced bookkeeping—is sinking as a result of climate change. By symbolically putting the city up for sale, the design collective wants to put an end to a system at the core of our harmful behavior.