Artist Isaac Chong Wai processes societal shifts, global tensions, and collective traumas into multifaceted works that span performance, installation, video, photography, and painting. Capturing Forecast’s cross-disciplinarity, he participated in its second edition in 2017 as a nominee in the Choreography category, with Richard Siegel as mentor, and worked alongside dancers and choreographers as his fellow nominees rather than with visual artists. This opened his performance-art practice to new and perhaps unexpected experimentation.

Chong has had a busy few years since then, participating in numerous biennials and institutional exhibitions across Europe and Asia. Working between Hong Kong and Berlin, the artist often questions mechanisms of control and oppression in his work. His piece Rehearsal of the Futures: Police Training Exercises (2018), for example, examines police crowd-control training maneuvers. The work feels uncannily prophetic: Images of police officers using excessive force against protestors emerged this year from Hong Kong, Portland, Washington D.C., Lagos, and beyond. Forecast caught up with the artist in Istanbul, where he’s currently doing a residency at Kulturakademie Tarabya, run by the German Embassy and Goethe-Institut, to find out how this tumultuous year has affected him.

This past year has been challenging on many levels, yet you were still able to show your work at different exhibitions and even collaborate with performers. What have you been working on, and how has the pandemic impacted your creative output?

There are few projects that I produced this year. One is called Falling Carefully (2020), commissioned by Asia Society in Hong Kong with the support of Zilberman, Blindspot Gallery, and Burger Collection. It includes drawing, readymade objects, photo prints, and a sculpture. In the sculpture, you see three identical figures—I replicated myself three times—falling simultaneously without ever being completely down, as the sculptural form of the work freezes this moment. The project started with researching a simple motion that everyone shares. We all fall, and most of the time we think of falling as failure. But what if falling were to become a way to help us stand? Could it be seen as a starting point at which we find solidarity? When the motion of falling is frozen, it seems to me that speed is removed, or maybe stillness itself represents zero velocity.

We are living in a moment at which we should examine how we perceive time in the pandemic. We have been celebrating how fast our society and technology can progress and how much a country’s production can grow. But we forget about the violent and sometimes deadly cost of growth and acceleration. We are witnessing different forms of falling in 2020, and we should not forget we might fall as well: witnessing others fall doesn’t mean we won’t fall ourselves! Not being able to fall is a lie.

It is difficult to show live performance during this pandemic; I think the sculpture Falling Carefully possesses the silence and stillness that no performer could embody, just as I cannot replicate myself three times. To me, it’s a good exercise to think more about how materials perform. In another project called Disguised Camouflage (2020), commissioned by Post Territory Ujeongguk in Seoul and curated by Jens Cheung, I worked with performers in Seoul via video call, and rehearsed in front of screens. The work includes two queer performers squeezing a military object between their bodies. The work looks at how queer bodies are forced to disguise themselves and become camouflaged within a hyper-masculine military space. The process was difficult, but it worked out since the movement in the performance was not complicated. But online directing will not replace how I rehearse with performers in person. There are just so many things that we cannot share through screens, especially when it comes to live performance. 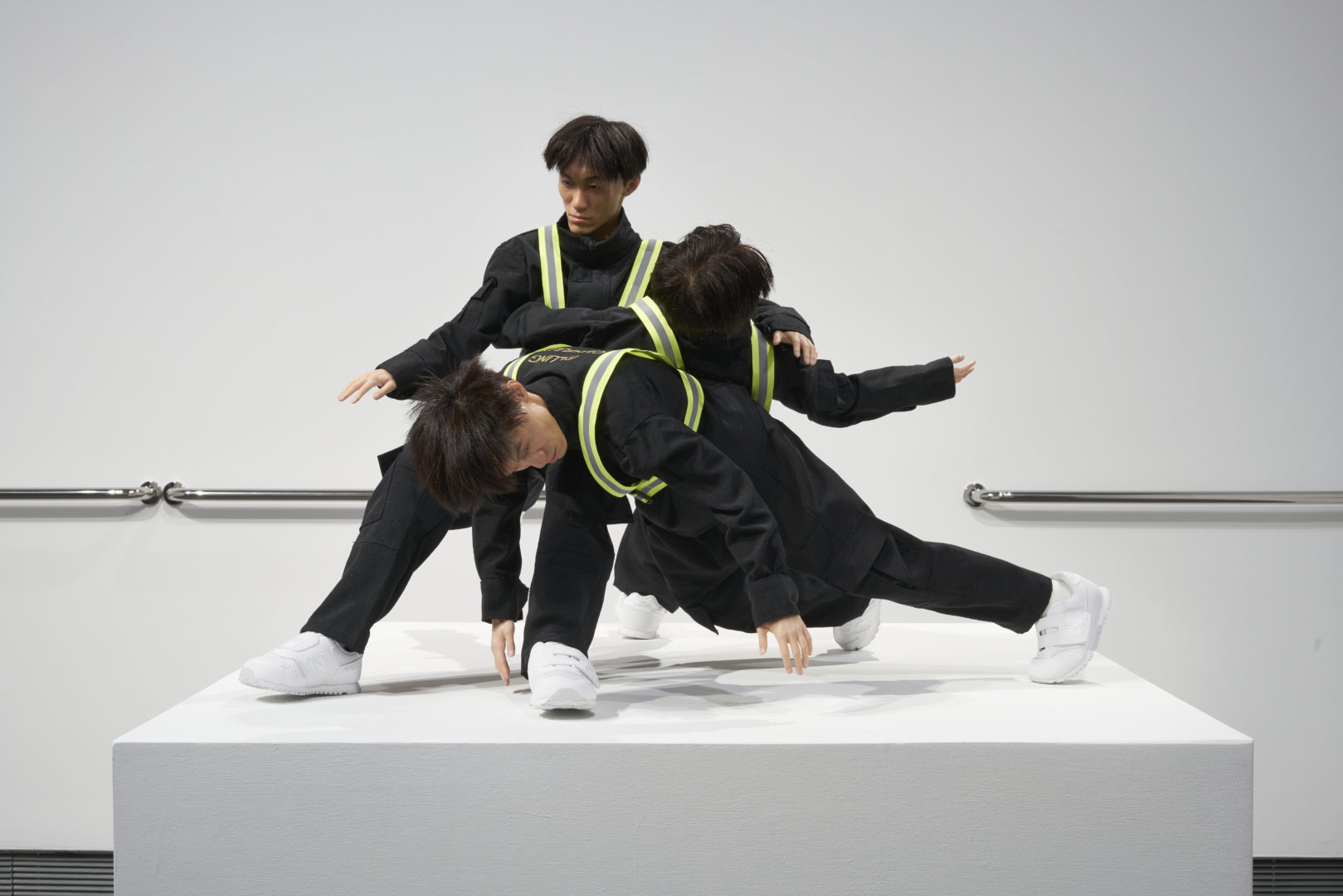 Some elements of your practice are informed by history, conflicts, and power structures. As an artist from Hong Kong, how have you experienced the perception of your works since the crackdown on pro-democratic voices back home?

Many people told me that my works are like prophecies, as some of my pieces depicted what would eventually come to pass. Maybe it would be nice if my work won’t become a self-fulfilling prophecy, because we wouldn’t want to see history circling in repetition, nor do we want to hold the same protest signs from the 1960s again.

Since the protests erupted in Hong Kong in 2019, many have asked me about the two works Rehearsal of the Futures: Is the World Your Friend? and Rehearsal of the Futures: Police Training Exercises, which were commissioned by ACUD Macht Neu in Berlin and M+ Museum in Hong Kong, respectively, in 2018. For my artworks, I don’t specify a locality, which would limit them, but at the same time I don’t limit how people interpret them. If the series is shown somewhere where public protests are banned, the silence, slowness, and intensity would be interpreted a different way. The performance would become a rehearsal for possible futures (that is, having protests in those futures) and the missing voices and movement from the imagined futures are then performed.

Many people are interested in the work, because it echoes images that we are familiar with from our screens and news cycles. I started the series by looking into how we perceive a body that suffers from institutional violence through our screens, and how slowing it down or editing how we’d normally look at violence would become a means to reclaim what we tend to think is normal or given. For example, people tend to think that it is natural to have police, but the modern system of civil policing started in the early nineteenth century in London. Police are not natural; they were and are created by people in power. We forgot the freedom of having another system or even another possible way to reconstruct certain roles in our society. In Rehearsal of the Futures, by training protestors and police in an artistic way, maybe we could get closer to the freedom that art has afforded us. 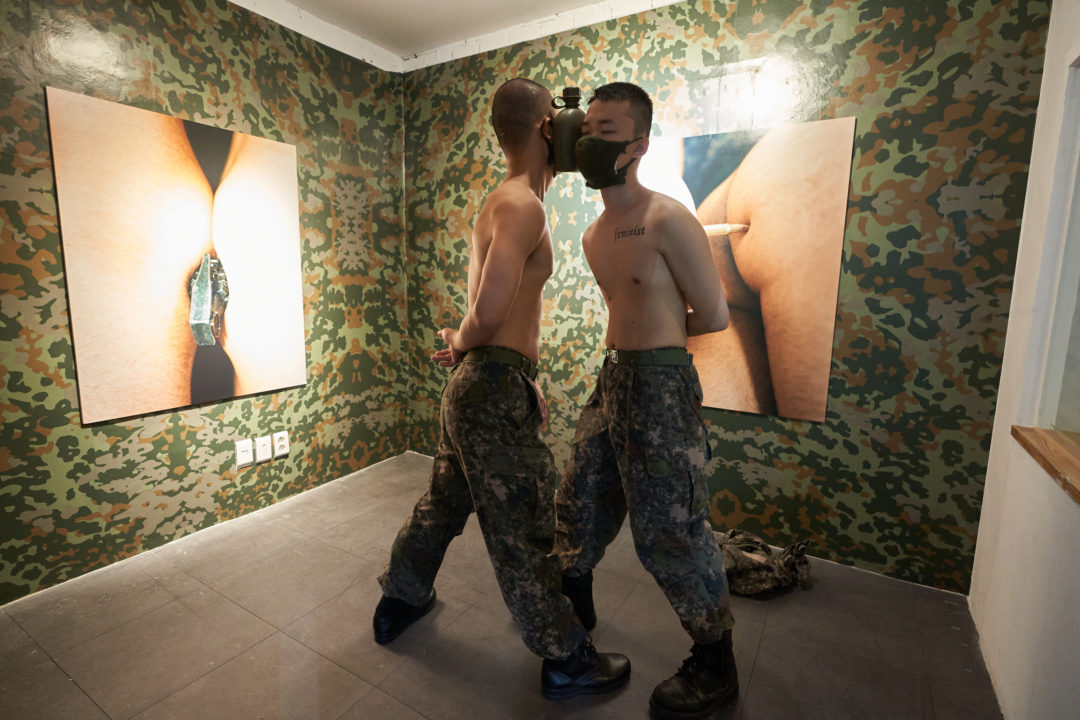 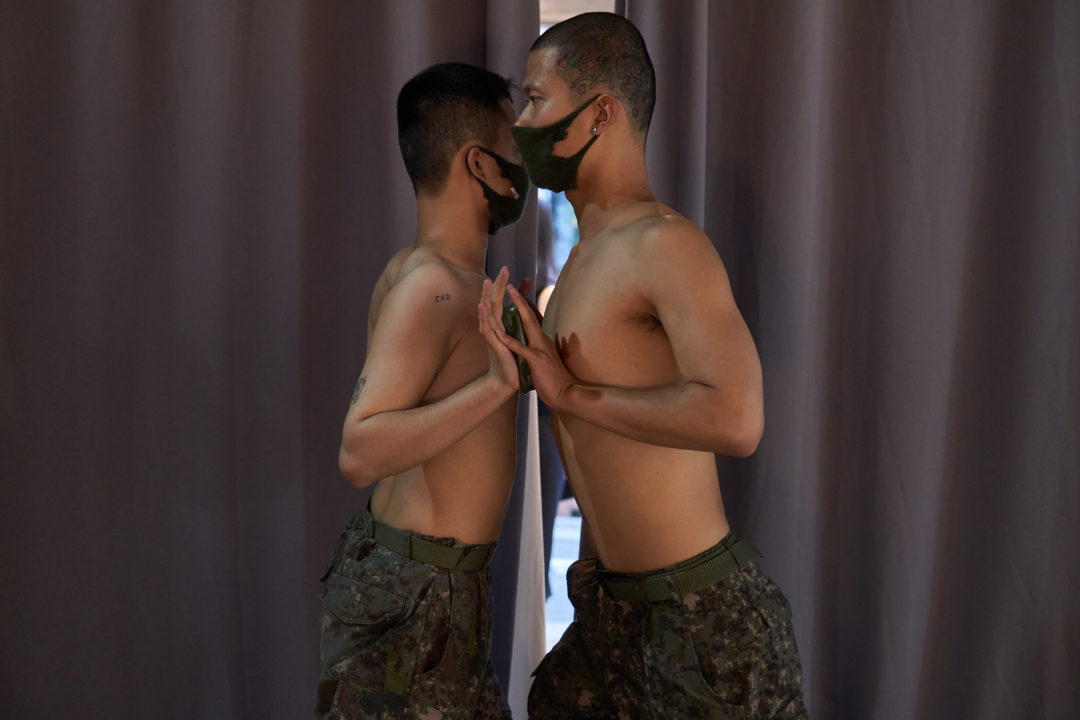 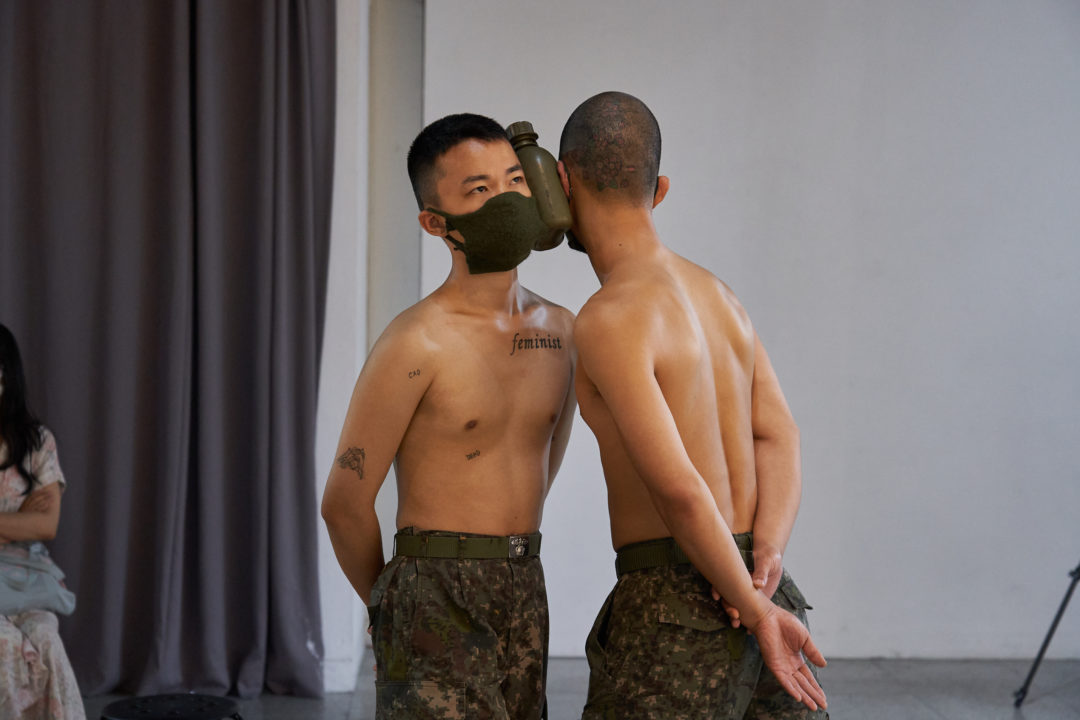 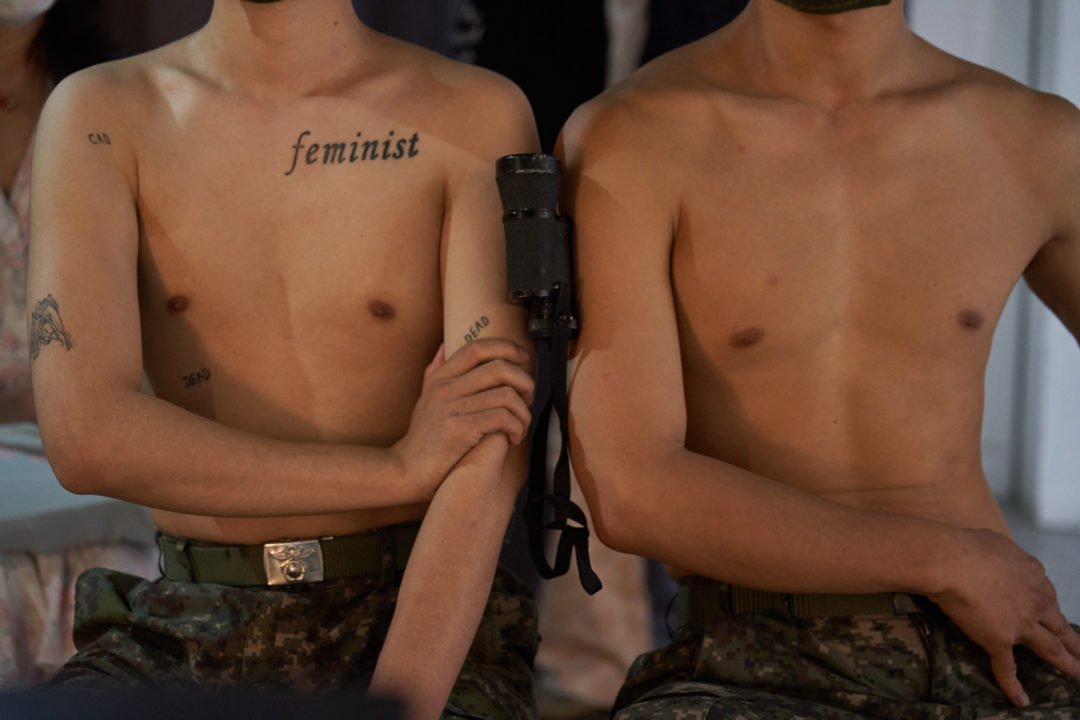 How has participating in Forecast influenced your career?

Back then, I was selected in the Choreography category. It was an interesting experience to discuss with choreographers and fellow artists from a dance background, which is quite different from the performance art that I do. For the Open Call, I proposed a project called The Collective Individual Exercises, which I presented at the Forecast Forum at Haus der Kulturen der Welt (HKW). During that time, I was one of the artists selected for Urbanheat, a network of thirteen international festival partners, supported by Creative Europe from 2015 to 2018. With the support of Urbanheat, the complete series of performances in The Collective Individual Exercises (2017–18) was then commissioned by the SPRING Festival in Utrecht, curated by Rainer Hofmann, and was later shown at Kanuti Gildi SAAL in Tallinn, curated by Annika Üprus in collaboration with Goethe-Institut Tallinn, in 2018. The series questions the clashes between collectivism and individualism and how social structures or even orders are always formed with heterogeneity without an absolute or totalized entity, where we examine the differences and similarities of our bodies. Forecast was a laboratory that allowed me to test out some ideas and performances as well as having a public presentation showing my ideas to the audience at HKW in 2017. I benefited from the discussions with artists, the platform to share my work, and the chances to experiment at Forecast.

Revisit is a new series of interviews and articles in which we check in with previous Forecast mentees, mentors, and candidates. Find out what they’re working on and how Forecast has impacted their professional lives.