Nichola Czyz’s proposal queries the meaning of nature in an anthropocentric world. Czyz intends to use her background in architecture to answer these questions by artificially simulating the environment of Mount Kinabalu in Borneo. The Foundation for Non-Anthropocentric Nature will explore the inter-action of the manmade and the natural, hypothesizing a manmade habitat for an orangutan currently in captivity in Buenos Aires.

“This mountain on the Southeast Asian island of Borneo has been chosen as the focal point in my project as it is the natural habitat of Sandra the orangutan, who has recently been granted human rights, yet remains in her cage in a former zoo in Buenos Aires, Argentina. The proposal will mark the beginning of a home for Sandra, where she will also be given the rights to choose her own way of living.”

To simulate the mountain and its surrounding atmosphere in a room in Central Europe, Czyz uses both geographical and environmental engineering, drawing on methods such as crystallography. This environment will be combined with mockups of the mountain, which will be presented as Land Art installations.

Czyz’s previous work has also engaged with the natural world and its importance to modern society. Her project the long now foundation (2015) proposed a pilgrimage route from the sea to the source of the River Thames. Similarly, Czyz’s project the girl who travelled Iceland through her room (2010) evoked a foreign environment in a domestic space and posed the question “What makes Iceland the island that it is?”

Nichola Czyz studied architecture at the Bartlett School of Architecture in London. She is currently completing a master’s in fine arts at the Städelschule in Frankfurt. Learn more about her work at cargocollective.com/nicoczyz. 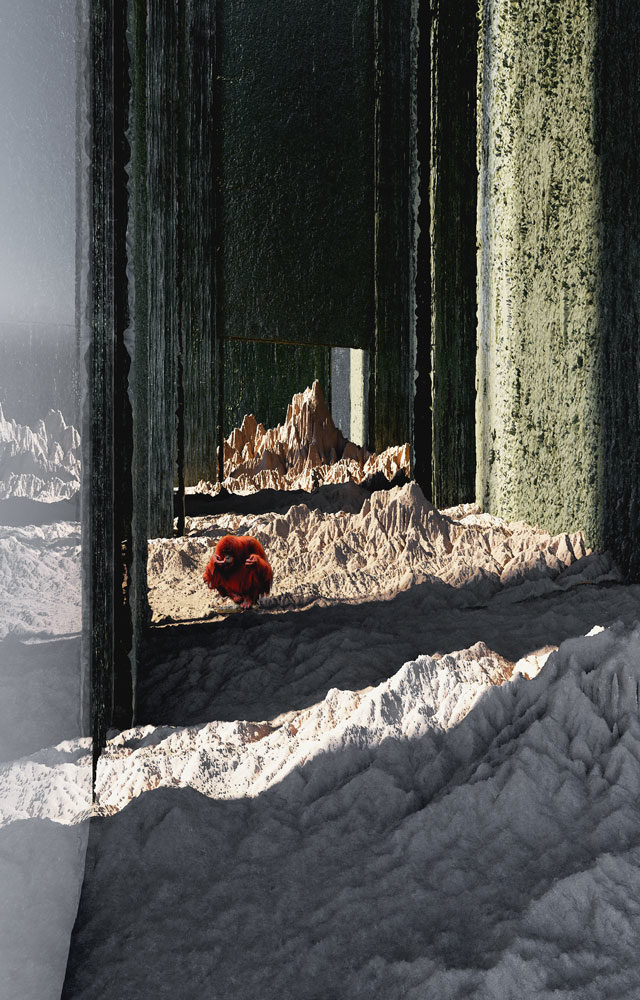