The work-stay is a new element of the Forecast program. Here, the mentee and the mentor—who usually live and work in different parts of the world—come together for several days of creative exchanges and concrete mentoring. Cartoonist Jonas Madden-Connor and his mentor in the Ink Paper Thought category, Anders Nilsen, were the first tandem to meet for an intensive five days of in-person collaboration.

Their work-stay took place in early November 2019, halfway through the nine-month mentorship period, in New York City, where Nilsen was participating at the Comic Arts Brooklyn fair. In collaboration with Karen Green, Curator for Comics and Cartoons at the Columbia University Libraries, the two were invited to meet and work at these libraries, and were granted access to Columbia’s 14,000-title collection of graphic novels as well as to the Rare Books and Manuscript Library.

Forecast’s Artistic Director Freo Majer met with them to discuss the work-stay and how it contributes to Madden-Connor’s project, the graphic novel Grave Wounds, a pulpy vampire story set in World War II. The work, which also deals with race relations in the United States and the search for an artistic voice, features an African-American GI who was planning to desert before he got trapped in a mysterious castle with wounded enemy soldiers. 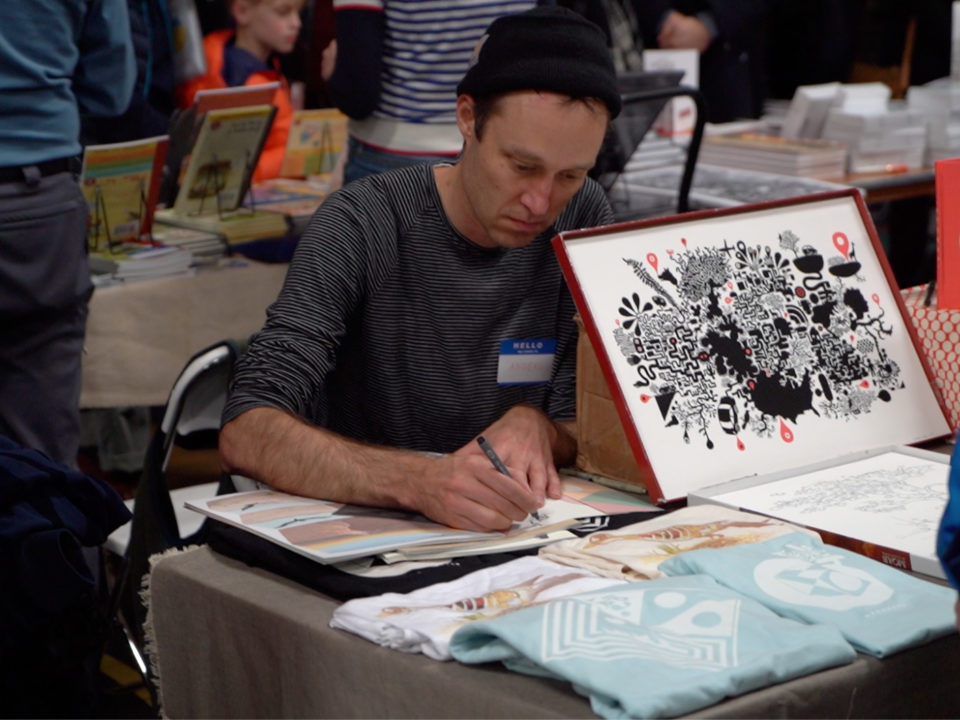 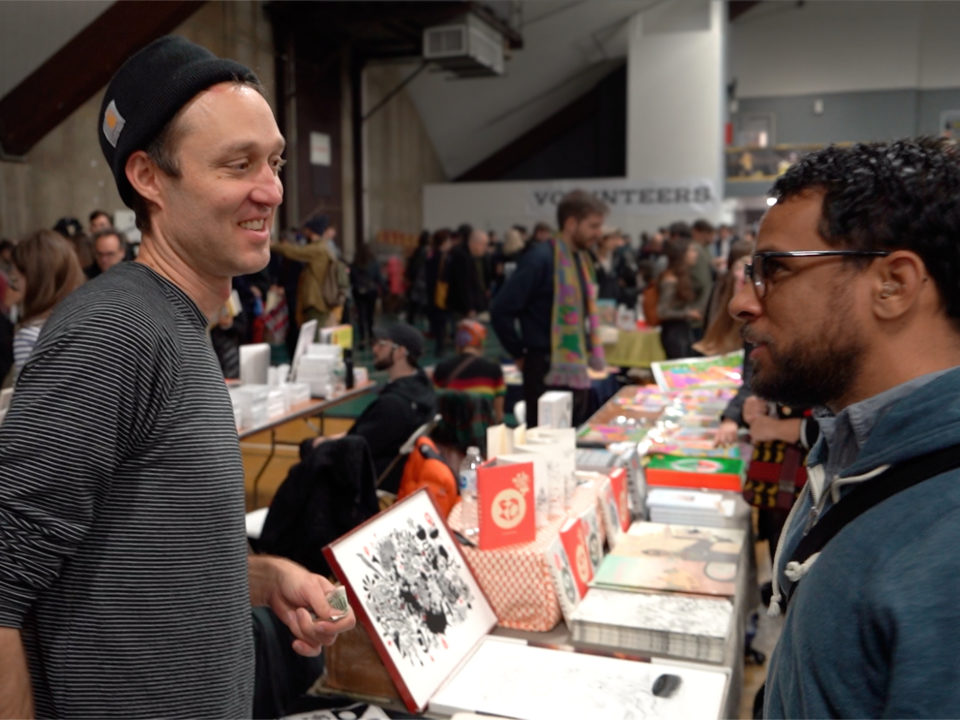 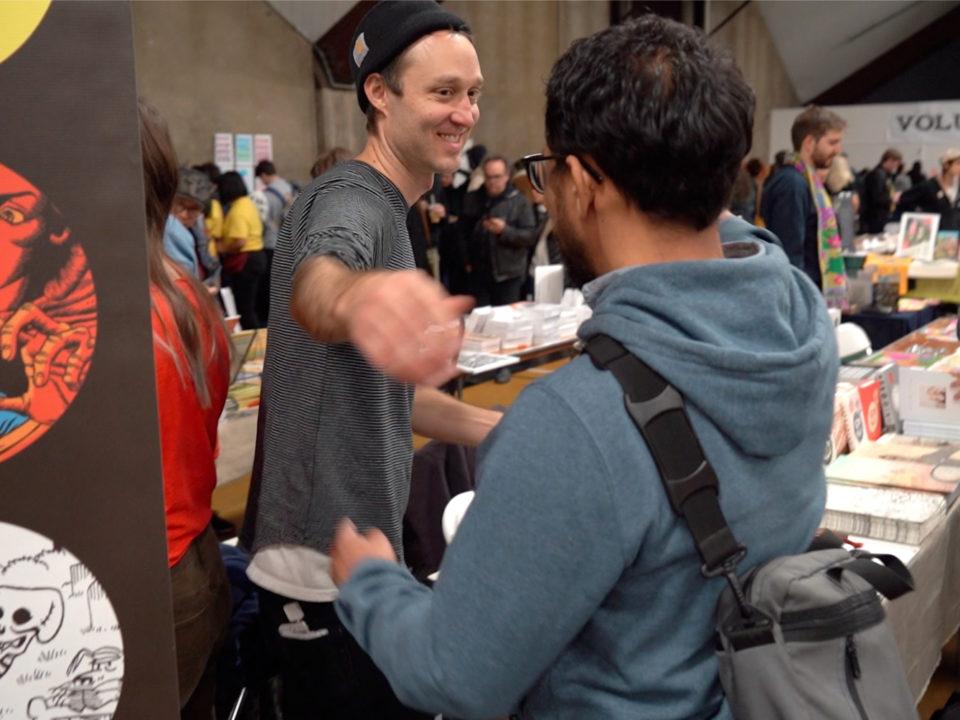 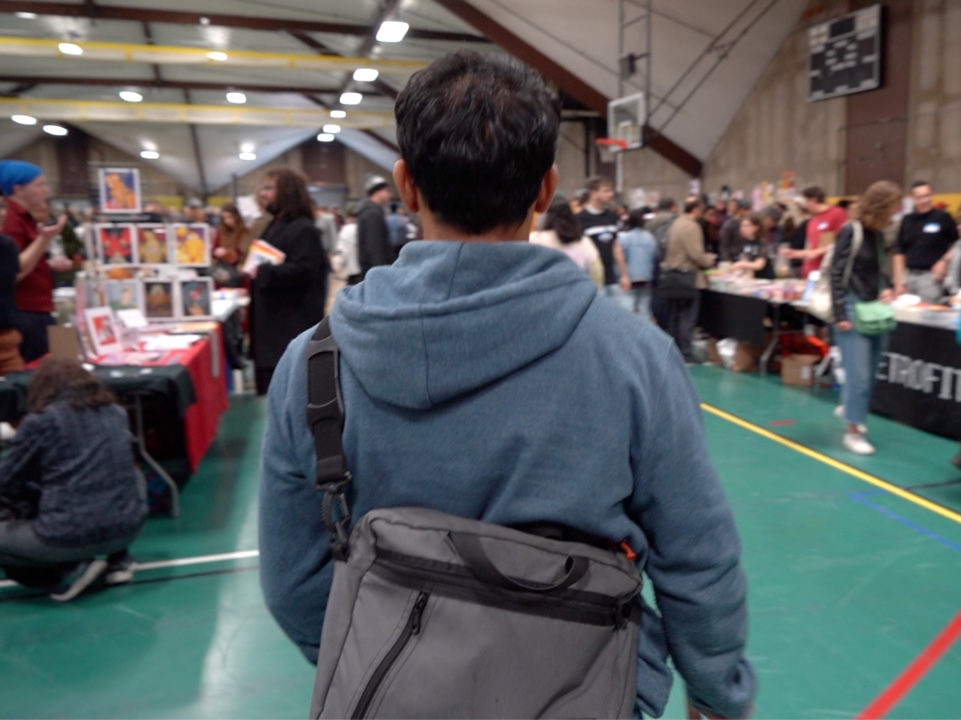 Majer: What was it like to work in this library?

Nilsen: The Columbia library is really broad and deep. Karen Green has given us access to see a bunch of amazing original illustrations and rare books. She just got some originals from Al Jaffee, an important artist for Mad Magazine, and we’ve also looked at some original comics from the late nineteenth century. She’s been very helpful and showing us some great examples from comic’s history, as well as very current works. Karen is very knowledgeable and has her fingers in different kinds of comics, so it’s been helpful to see a little bit of everything. One interesting thing I’ve noticed when we were looking at political cartoons from the early twentieth century was seeing that so many issues that they comment on are very current: immigration, income inequality, capitalism run amok.

Majer: And how does that connect with the Grave Wounds project?

Madden-Connor: It’s been valuable just to look at this art and discuss it, and maybe try out some of the strategies there. We’ve been going between looking at the library material for inspiration and doing some one-on-one work, looking at the work I’ve done so far for Grave Wounds, as well as the upcoming work and some things that I haven’t drawn yet. Right now I’m about halfway through the second chapter after the first one that I presented at the Forecast Forum. For me, the writing, drawing, and research all go together. So it’s been a back-and-forth between these processes and getting Anders’s input.

Nilsen: One thing that was especially useful was looking at the work of a Russian illustrator who concentrated on very involved costumes and patterning in fabric. We looked at examples of textiles and interiors, costume design, things that Jonas is working on right now and that you could bring directly into the comic.

Madden-Connor: Right now, for the second chapter, I’m trying to create a different environment than in the previous chapter. In terms of texture, the first chapter was more about trees and foliage and dirt, and I wanted to contrast that with sensuous clothes and fabrics. Also I’ve been spending time drawing in the comic section of the library and it’s been kind of fun to just take a break and pull something out of a shelf and see what it is.

Nilsen: In one’s daily life as an artist, you tend to focus on certain influences or certain work that has affected you. So a place like this—where you can even randomly select works from all different eras, stuff you’d never otherwise come across from illustrations to comics to design—offers a huge breadth of stuff to see.

Majer: Can you reveal a bit about where the story is right now?

Madden-Connor: The main character, Oscar, has woken up in the castle, and he’s there with two other German soldiers, who are also wounded. We were working on a scene in which he wakes up in the morning and one of the Germans, the one who was more friendly or affable, is dead. Oscar and the other soldier have a conflict over this, because tensions are high. The next phase and couple of months will be about storytelling.

Nilsen: We were discussing how far Jonas wants to be by April, to present at the Festival. The book will continue after the festival. We were talking about book covers, too. It’s helpful to think about covers far in advance; the tendency is to focus on the story, but publishers often need to get the book into a catalog before it’s done, and they need a cover for that, usually within a week or two from when they tell you.