Curator Abhijan Toto participated in the third edition of Forecast, working with mentor David Elliott, also a curator, toward presenting The Exhaustion Project at the 2018 Forecast Festival. The work probed the relationship between labor, self-care, and the exhausted body to ask whether subversion becomes accessible through communal exhaustion. “We often forget that we’re doing politics with our bodies,” Toto pointed out. “That’s where exhaustion sets in.”

Since Forecast, Toto won the Premio Lorenzo Bonaldi per l’Arte – EnterPrize for young curators, at the GAMeC, Bergamo. He relocated to Bangkok, Thailand, and coinitiated the platform Forest Curriculum with theorist and curator Pujita Guha. In addition to the platform’s colearning program, which centers on the forested belts of South and Southeast Asia, the collective behind it also exhibits work as an art practice; an installation will be on view at a forthcoming show at Hamburger Bahnhof in Berlin. 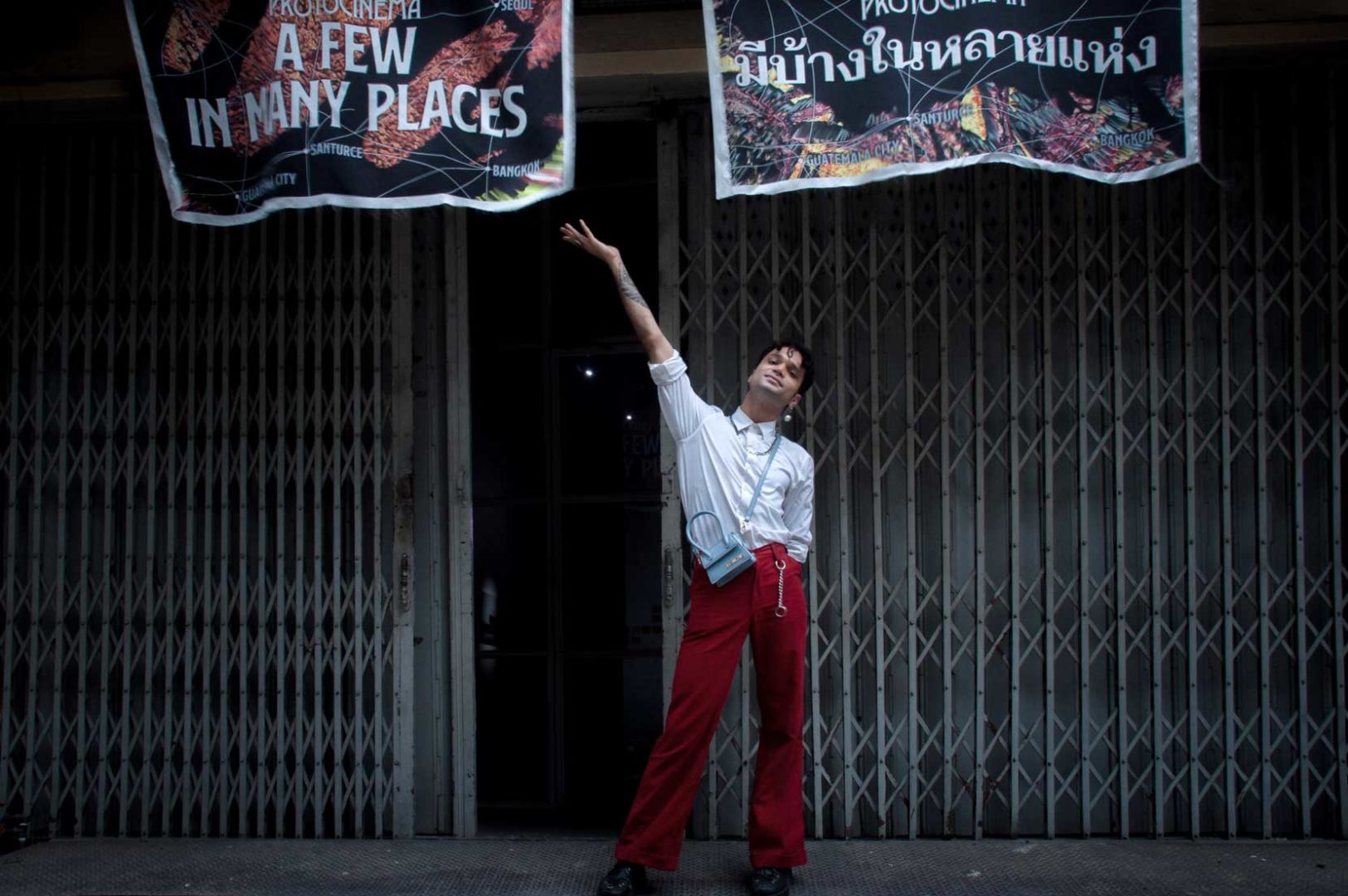 Abhijan Toto, Bangkok, 2021. A Few in Many Places flag design.

Tell us about your work during the past two years. Despite pandemic-related restrictions, you were able to stage exhibitions and find new exciting formats for doing so.

In 2018, I started Forest Curriculum. Actually we’re a collective that runs a platform called Forest Curriculum, because the idea is that it belongs to everyone who has a stake in the practice of rethinking nature from a specific geographic, political, and organizational perspective. We’ve been rethinking forms of institutionalism around questions of ownership, authorship, whom knowledge belongs to, and how to share it. How do you create knowledge in a nonextractive way, particularly around land and ecology, around belonging to certain environments? How do we create a respectful system of sharing and solidarity around those issues?

For example, we always look at settled civilizations, and the Indigenous cultures that are part of those geographical areas but are often left outside of the narratives, particularly from a nation-state perspective. What we’re doing isn’t new; it’s something that a lot of people have been doing in collective ways or in individual practices for a long time. But there hasn’t been a platform that brings all of these practices together and looks at what they mean in relationship to each other. The idea of what happens when you do things together is central to Forest Curriculum’s practice. It’s always in relationship to communities.

A project we’ve just started seeks to connect communities in Southeast Asia that are affected by land grabs and adverse political situations, especially in regard to environmental conditions, with First Nations communities in Australia to create conversations between people and look at ways of working together on these very often shared problems.

One of the things we realized with the pandemic is the importance of giving things time to develop. Experiencing having to stop, we also realized that it allowed things to gestate much more. And now that we’re coming back into those endeavors, we’re able to do things with a lot more precision, and we’re excited about that! 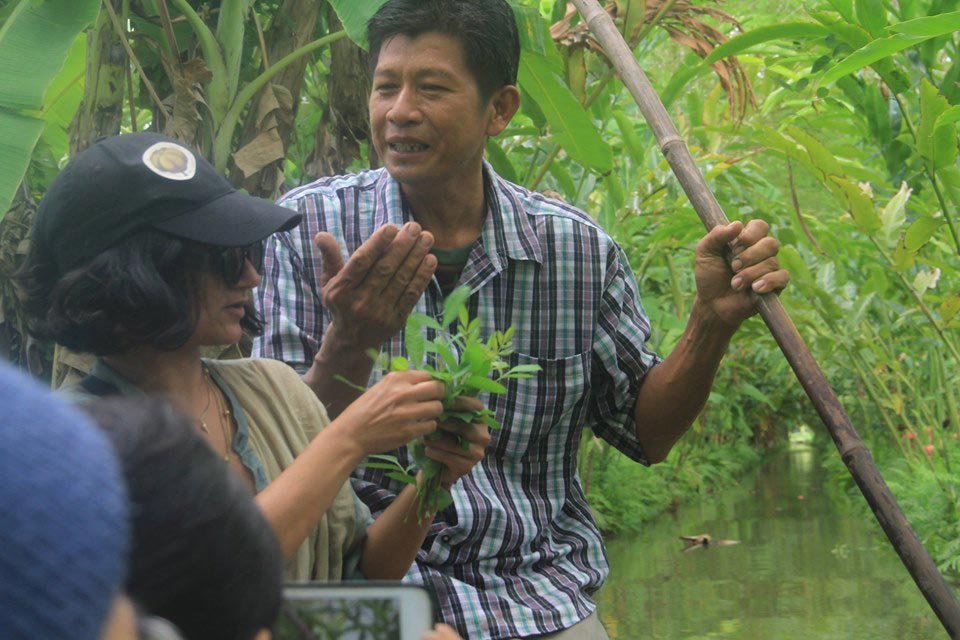 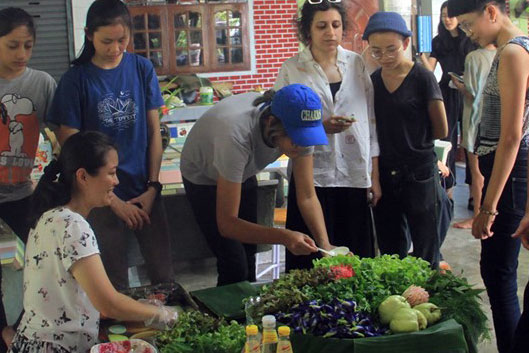 How many people are in Forest Curriculum? Is it fixed, or rather a fluid format that people become affiliated with depending on the project?

There’s myself, Pujita who’s an academic based in California, and Rosalia Namsai Engchuan, who’s based between Berlin and Bangkok. We three do a lot of the legwork, organizing, et cetera, but there’s a number of us who are involved in the collective in different ways. Everyone who’s ever been part of any of our programming is free to bring it into their own spaces. We want to work against the idea of protecting intellectual property, but rather explore how to share knowledge.

We’ve been working on exhibition platforms, publications, and gatherings. Gatherings are a huge part of what we do, so Covid-19 has been a huge setback, of course. We tried to do things online last year, like a lecture workshop series, but realized that that’s never been the point of what we do because we always want to bring people together in a particular context, where you’re engaging with what’s happening locally, and how that connects to other larger historical, political, and social issues. So we decided to work in other ways and restart that series when we can meet up again.

Recently we’ve also started exhibiting as artists. We’ve just opened a new piece at the Sea Art Festival, as part of the Busan Biennale in Korea. It’s an installation of ten-meter tall flags. It’s exciting to rethink of our practice in this artist/curator way. Especially now, these things are very fluid. It’s not necessarily about the way that you view yourself, it’s more about how you want to create a context for the ideas that you’re putting out there. There were things that we wanted to explore in a way that made sense as an installation, so we went along with that.

In November 2021, we’re showing a work at the Hamburger Bahnhof Museum in Berlin as artists within the exhibition project Nation, Narration, Narcosis. We’re developing an installation that will function as a hosting platform. Actually, Jessika Khazrik (who also participated in Forecast 3) will take part.

I’ve been collaborating with Jessika a lot since Forecast. Last year we started an online research group called Postcolonialism—the name was kind of almost joke-y, but it also references the things we’re looking at, such as power structures, or what it means to do research within prevailing conditions. How do those conditions affect what we’re looking at? We brought together friends from all over the world, across times zones. And now we’re starting a podcast series from that research group. Jessika is developing a hosting platform for the website, we’ll launch around January. 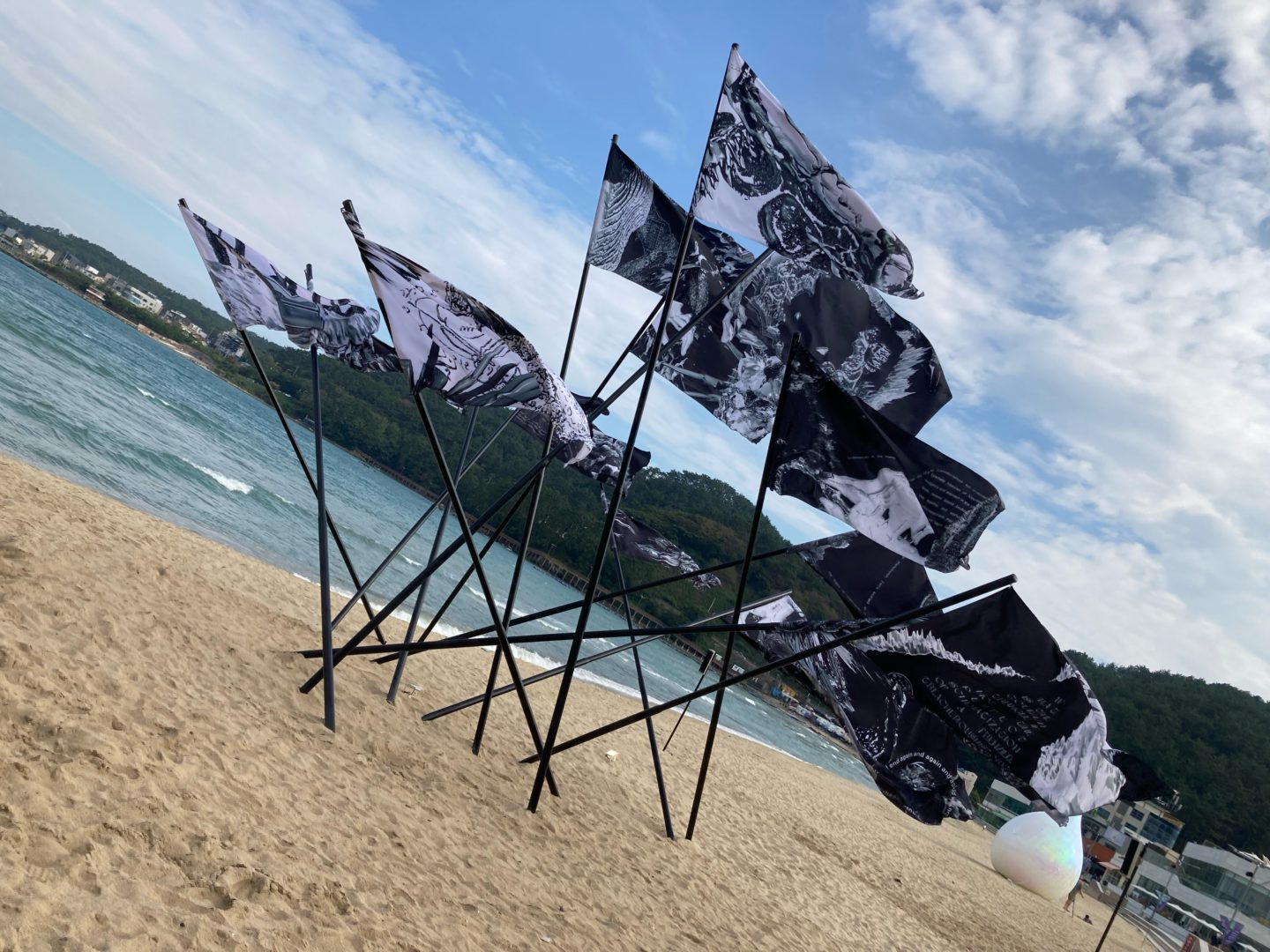 You’ve also collaborated with Mari Spirito and her organization Protocinema on a series of exhibitions. How did that come about?

Mari and I curated a multipart exhibition called A Few in Many Places, which stemmed from thinking about other forms of institutional experience, traditional practices, and what collaboration means, not just in the context of the pandemic, but also climate change. We’re trying to think about less carbon intensive ways of collaborating, for example, so we curated a show that took place simultaneously in different cities around the world: Seoul, Bangkok, Istanbul, New York, Santurce, and Guatemala City. In each location, we collaborated with an artist, a curator, or a collective to develop a project specific to that context, but is also in dialogue with the larger issues of the show.

The main question was, if we can’t move, how do we collaborate? Suddenly being stuck in place made us hyperaware of the contexts we’re inhabiting in a very different way. How do you respond to that? And how do you think about locality in response to someone else’s situation?

A Few in Many Places will continue. Mari and I are thinking of it as a five-year project with a rotating network of collaborators across contexts, responding to what’s going on in different places. We’re currently reflecting on the last edition and thinking about the questions we want to take into the next one, and how we take these lessons and organize around them.

One of the big questions for Mari and me has been: what can be a different way of peer-to-peer support, whether we’re talking about financial support, or curatorial and intellectual support? But also, what does it mean to have solidarity, especially with a nonhuman experience? How do we really reorient the ways in which we’re thinking about these questions? I think those are some of the big ones that we’re going forward with. 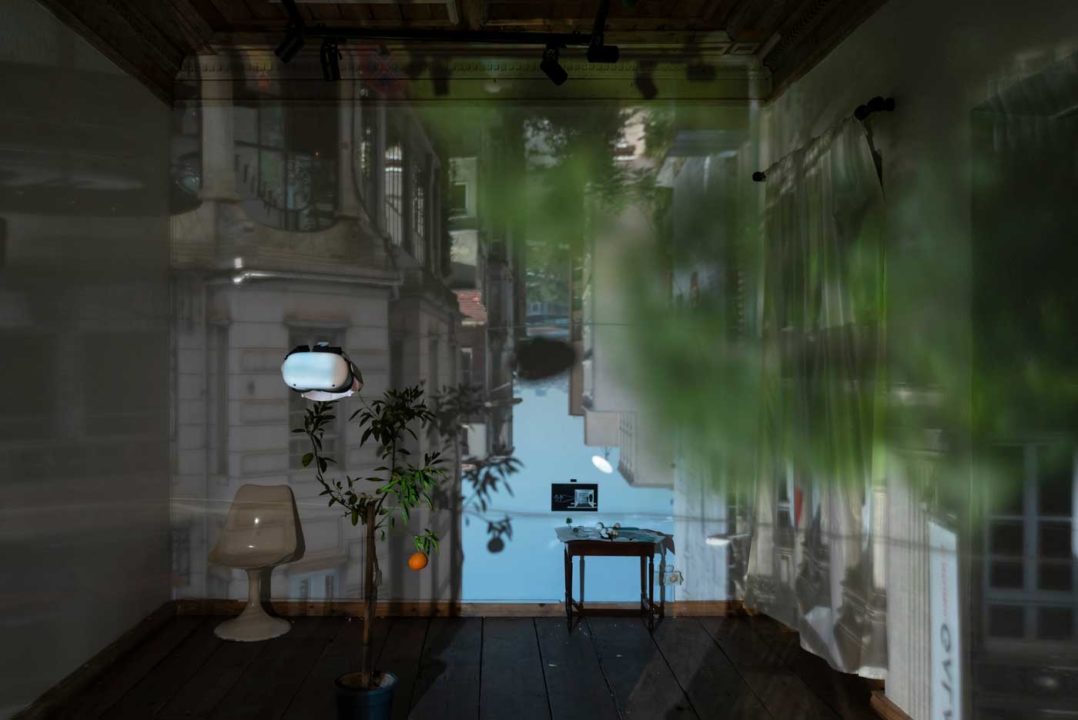 Kathryn Hamilton in A Few in Many Places Istanbul, 2021. 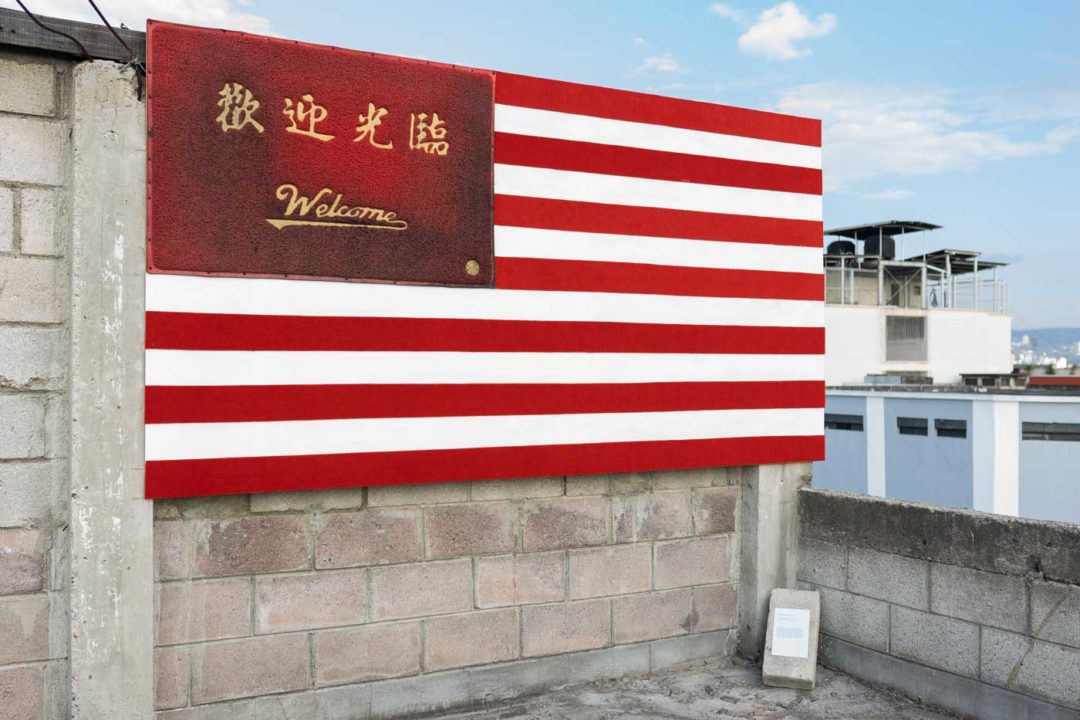 Esvin Alarcon Lam in A Few in Many Places Guatamala City, 2021. 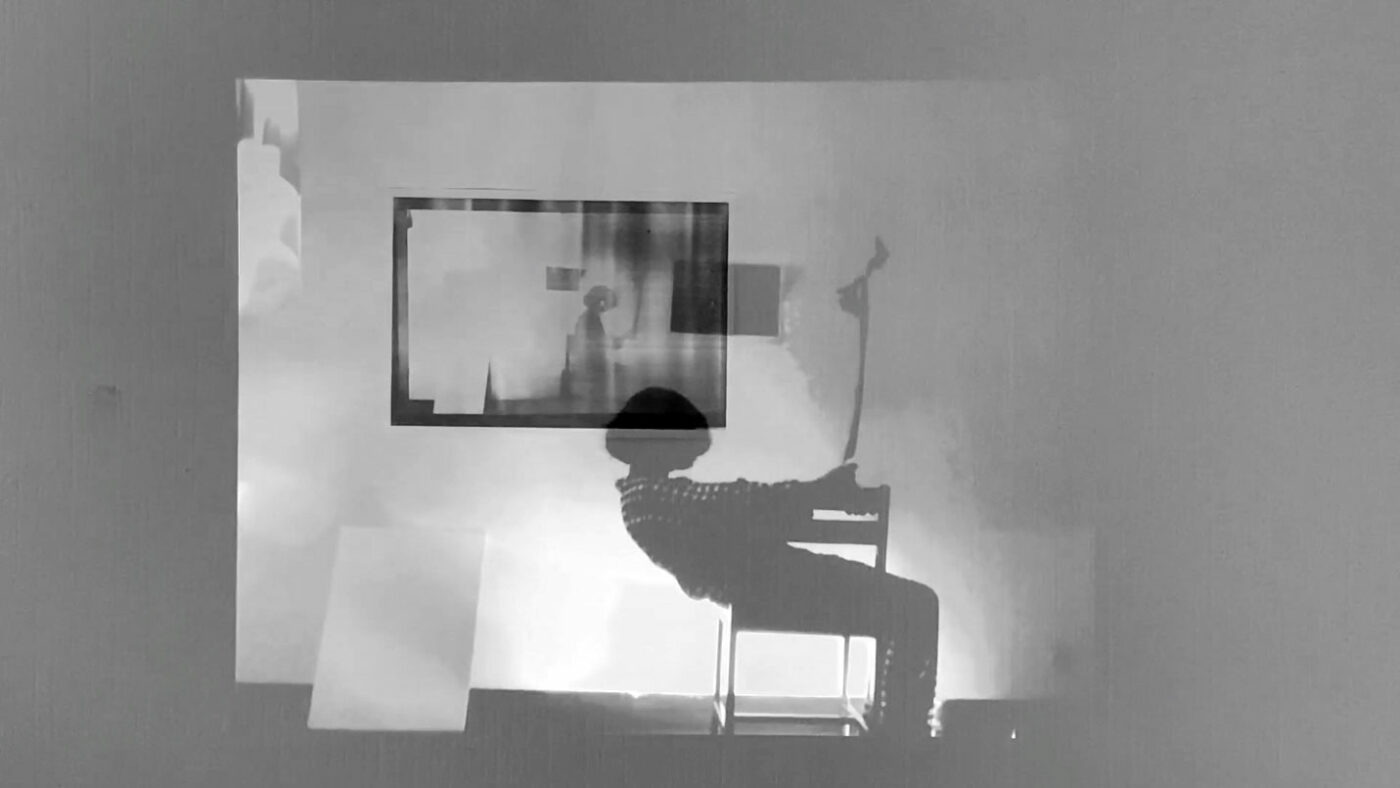 Zeynep Kayan, from the series one one two one two three , 2021. Courtesy Zilberman Gallery Istanbul, Berlin and Protocinema Istanbul, New-York.

Some ideas you mention also have to do with what Forecast strives to achieve, in terms of exchanges of knowledge and experience, as well as peer-to-peer support. Did being a Forecast mentee offer insights regarding such questions?

The experience at Forecast solidified my deep belief in the importance of nonhierarchical, peer-to-peer support. As much as Forecast is structured as a mentorship platform, a lot of the conversations that you have with your peers—people working in other disciplines—are things that you really take away from that experience as well.

For the practices that I’m part of, this question of mentorship—especially in contexts where the kind of art education you receive is often not very broad, not very inclusive, and not necessarily very experimental—the idea of mentorship is important.

I’ve been involved in a lot of initiatives, both locally and internationally. When I came back to Thailand, I was working with curators who were trying to set up mentorship opportunities for younger Thai artists. And recently I was on the steering committee of a project for artists’ master classes, that invites contemporaries to mentor groups of curators or artists in different contexts.

Next month, Forest Curriculum is going spend a few weeks in Copenhagen at the Royal Academy working with our colleague, Korean-Danish artist Jane Jin Kaisen, and mentoring some of her students. I think mentorships have been a really important part of my practice and the practices I’m part of. One of the things we want to take away from this pandemic period is, rather than look at it as a setback or trauma, how do we create spaces of care and community for ourselves?

Revisit is a series of interviews and articles in which we check in with previous Forecast mentees, mentors, and candidates. Find out what they’re working on and how Forecast has impacted their professional lives.