The curator Renan Laru-an started with a fascination for the volatile subject of dictators’ speeches. At the Forecast Forum, his focus was on printed works, reflecting on the question of how to present these speeches in an exhibition. But his close mentoring relationship with Hou Hanru has inspired him to pivot into an intriguing new direction: What if dictators’ speeches were not just reproduced, but reenacted? What structures link their words and the physical places where their speeches were given? 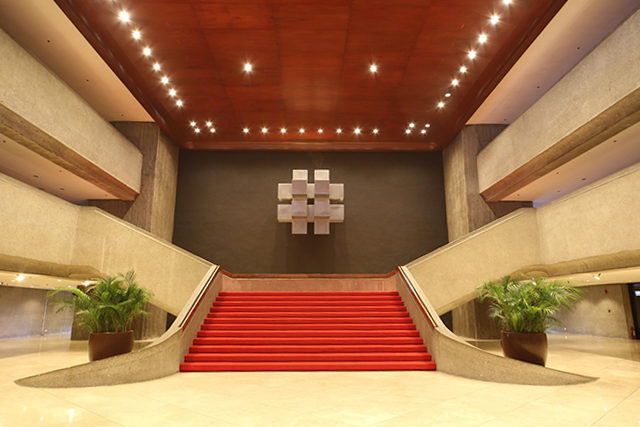 Laru-an recently returned from a trip to the Manila convention center built by dictator Ferdinand Marcos and his wife, Imelda. “This was my first time that I actually went to the Convention Center, and I was surprised by how the atmosphere is very much like Haus der Kulturen der Welt,” said the curator, referring to West Berlin’s postwar convention center and host venue for the Forecast Festival. “During the dictatorship, [the Manila Convention Center] played a spectacular role … and the lobby is almost identical to the one in the HKW.”

As his research deepens, Laru-an is becoming increasingly fascinated by the spaces in which dictators exercised their dominance. His latest conversations with Hou have him thinking about the HKW building, which was financed by a German-American foundation and given to West Germany as a powerful political symbol. 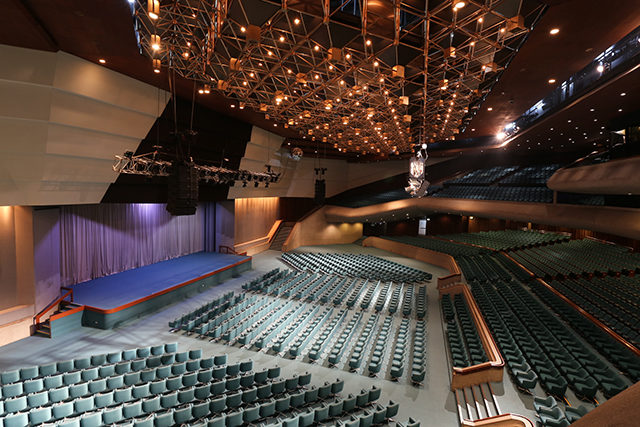 In conversation, Laru-an concurred with Forecast artistic director Freo Majer’s observation that “the auditorium is the political space at HKW. This is the space that was built for political speeches. And I mean there have been speeches. People sat there smoking cigars and taking notes.”

Laru-an is currently busy planning how to share the atmosphere of power in the Philippine Convention Center—wrought both by the stage-setting of the auditoriums and the speeches they were built to showcase—with Forecast’s audience. But before the curator can get started, a few obstacles remain. “The architect has always been associated with the dictator,” Laru-an remarks, “so the authorities are a little bit concerned about the project. But once we get the approval of the Convention Center, we can proceed.”