Flora Miranda has always immersed herself in environments where creativity is paramount, but one element—digital technology—remained inaccessible. Until she began her research for Forecast, that is. 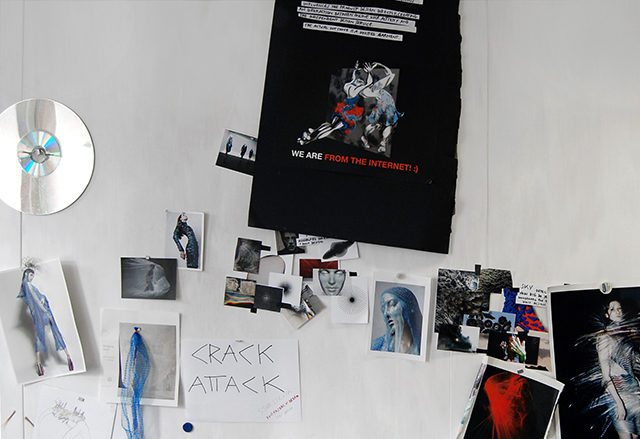 “My work so far has always dealt with topics relating to the digital world,” Miranda recounts. “But it was always a fictional, speculative approach, due to a lack of connection to people from the tech field, a lack of basic tech knowledge, and a lack of access to machines.” Her hope was that Forecast would provide access to people with a background in technology and an understanding of concepts and aesthetics from an artistic point of view. “I can say that this has been fully satisfied,” she reports.

Miranda is currently working with her mentor, interaction designer Max Wolf, to examine how her background in fashion and her fascination for social media’s omnipresence may be combined. User behavior in virtual space directly influences the product design, creating an interaction between their online activity and her independent design app. In a second step, a garment is knitted, and the data visualization is translated into three-dimensional space. The process ends with the individual dressed in his or her own unique digital identity.

In preparing the work for the Forecast Festival, the designer has been inspired to incorporate the emotional world of lyrics into her concept, working closely with the Finnish musician Jaakko Eino Kalevi. The algorithm she is creating will use a visitor’s social-media identity to pinpoint the words from Jaakko’s songs that suit him or her best; these are then incorporated into the garment.

“Every time you create something new, it’s a walk in the dark. Imagine walking up stairs in the dark, and your leg reaches out further than where the next step is. This is what we are doing at the moment: constantly researching and experimenting with possible ideas, deciding on one of the directions we have found and taking the first steps to grow the project in a focused manner.” 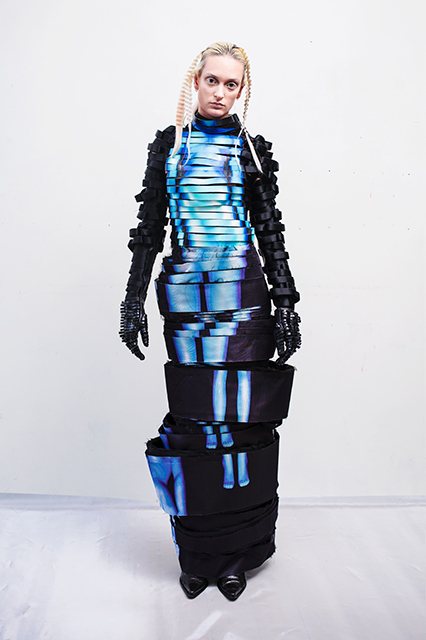